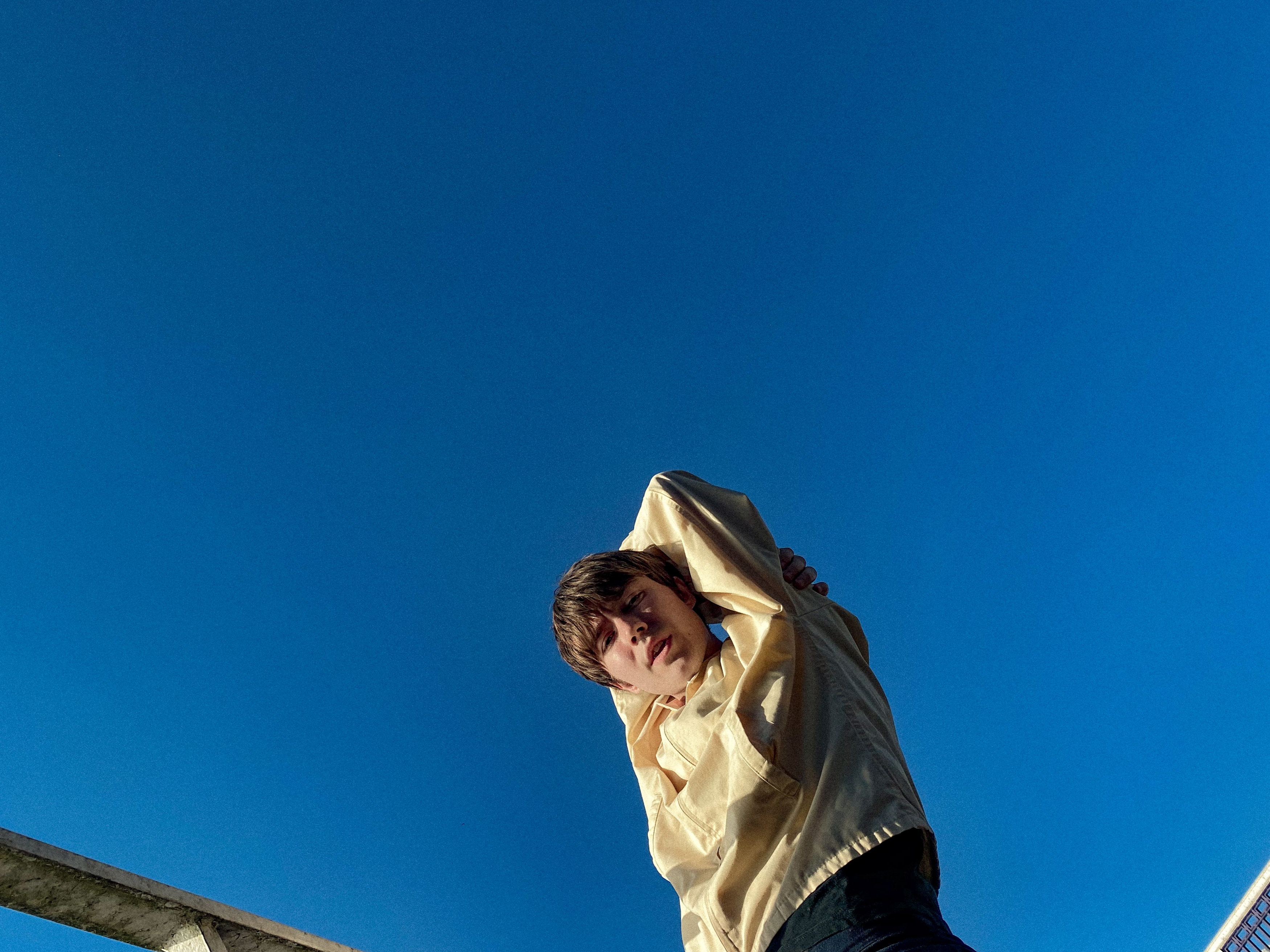 “I remember getting a message from my manager saying, ‘Why is ‘As The World Caves In’ getting more plays than any of your other songs?’”

TikTok has taken the music industry by storm. Between the 15-second dog videos, the dance routines and the teenage heartthrob compilations, you’ll find an expansive catalogue of licensed music that users can pick to ‘soundtrack’ their homemade videos. Provided one of these videos goes viral, an artist’s career take a huge turn pretty much overnight.

Singer-songwriter Matt Maltese woke up early one morning during the ‘toilet paper hysteria’ phase of lockdown to find out that his three-year-old apocalypse-ballad ‘As The World Caves In’ had gained 3 million streams. “I don’t even really know how it happened,” he laughs in disbelief. “I thought people might just be taking solace in the craziness of the pandemic and embracing it head-on. But, then someone said, ‘What about TikTok?’ and I realised, ‘Oh, this exists. TikTok exists’.”

TikTok is still relatively new on the social media scene, but already it’s changed how artists do things. Alongside stars like Lizzo, Halsey and Jared Leto, newbie artists such as girl in red have grown their entire following through the platform without releasing a full-length debut. “TikTok is such a weird platform,” Matt remarks. “I guess if something catches on, then it gets in the algorithm to catch on more, and then it becomes like a snowball effect? I don’t really know… But when a song’s three years old, I do know that you have no expectation for how it’ll do, so I’m really lucky to have had this moment – especially without even having a TikTok account.”

The last time we spoke to Matt he was on the cusp of releasing his second album, Krystal. Nine months, a global pandemic and a viral sensation later – no pun intended – he’s looking forward to releasing his next body of work. “What have I been up to since Krystal? Well, I’ve been writing a lot. I’ve written most of what the third record will be, and I’ve been trying to traverse this period [coronavirus] by simply embracing the chaos that is.”

Having conveniently gone DIY in recent years, Matt’s squeezed in enough time to finish off his new EP, titled Madhouse. As the name suggests, Madhouse is a mixture of contrasting highs and lows. In just over 19 minutes, Matt goes from fan-friendly ballads – full of his characteristic irony – to ’70s style stompers, courtesy of collaborations with Foxygen’s Jonathan Rado, Sorry’s Asha Lorenz, The Lemon Twigs’ Brian D’Addario and Rex Orange County’s Ben Baptie, to name a few…

“I think there’s a lot of variety on this EP purely because of contributions from other people,” Matt admits. “Rado and Baptie added a lot to the record especially. Whilst, Brian… He was such a maestro to have in the studio. He came along for a few days in L.A and it was just so inspiring to watch him – also quite depressing because of just how good he was…”

Started in part during Matt’s Bad Contestant days and recorded over several years, Madhouse is quite a unique release. Despite its sporadic and changing process, the result is a cohesive and singular body of work, something that Matt – unlike his process for now – relished being able to share with other. “I remember one night in L.A.” he recalls, “Rado and I spent four and a half hours trying to make a video where Rado was a veteran who’d become a music manager and we were both co-managers of Matt Maltese. It was so self-indulgent and meta and stupid, but we were having a lot of fun.”

Despite the laughter, Madhouse is a deeply personal record. Started in L.A. and finished in what Matt calls his “nine-to-five in pyjamas”, the new EP represents a complex look at its creator. “[writing Madhouse] was about accessing different parts of myself at different times,” he explains. “Whereas Krystal was about a specific period in my life, Madhouse has a bit of everything: it’s more of a three-dimensional me.”

Something that will immediately resonate with audiences is Matt’s willingness to explore the darker sides of life. To date, much of Matt’s misanthropic work can be summed up by the feeling of loneliness or melancholy, something he’s become acutely aware of on Madness. Tracks ‘Leather Wearing’ and ‘Little Person’ chronicle the writer’s distance from the emotional events around him, reflecting on who and what should be cherished in the moment to avoid any post-event regret. “I think [Madness] sort of came from Loneliness. Loneliness is something that is a part of everyone’s life and I think it’s just part of my existence. It’s an aspect of my life that I enjoy singing about,” Matt explains.

The sadder sides of life are often hidden away, but Matt embraces them, using emotions like loneliness as a motivation. “I like to listen to things that are dark, watch things that are dark and hear about things that are dark. But I think it’s something that I sort of take solace in; it helps me process things.” You can see this the EP’s artwork: an unsettling image by Sam Hiscox that Matt stumbled across at the photographer’s home – “It had a sinister mystery to it that just felt right. I had to use it.”

In a sort of oxymoronic way, darkness is a positive thing for Matt. Sure, it’s a constant that might limit him at times, but at others it forces him to confront his emotions and share them with others. “I think there’s something quite accepting about darkness,” he explains. “You can approach a lot of difficult things through darkness and you can use it as a sort of safe space to work through them.

“Positivity can sometimes make it harder to talk about negativity. Don’t get me wrong: I like listening and writing about both dark and light things, and I like getting out a sense of lightness in my music – even if I’m singing about sad things – but darkness is a big part of my life, in a positive way.”

One thing that’s always helped Matt get through difficult periods in his life has been his sense of humour. Madhouse opens with ‘hi’ filled with characteristically wry lines: ‘I wanna be the cat by your side / I wanna be the french to your fries.’ With a truly positive energy, Matt’s eager to crack a joke and make light of the situation he finds himself in – something that’s become somewhat of a trademark in recent years.

“I’ve always really appreciated the importance of being silly and making people laugh and I think that comes through in my writing. Even if I’m singing about something heavy, I tend to temper it with humour, with likeness, whatever, because that’s how I talk about things in general outside of music.

With newfound TikTok fame, an EP out Friday, and an LP hopefully on the way soon, Matt Maltese is keeping himself – and in turn, us – smiling.

“There’s so much to be serious about right now, and to get through everyday you have to be able to laugh. Laughing is one of the most base-human responses that isn’t tempered by ego or taste. Making someone laugh, in a moment in a song or in life, is the greatest victory.”