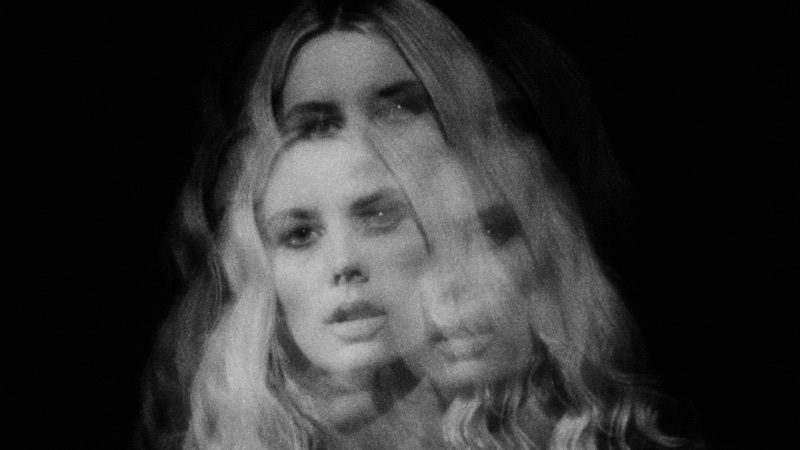 The Rewind is back! Wrapping up the best new music videos from the last two weeks, we’ve got some beauties to kick things off again…

Wolf Alice are back with a stripped-back but powerful new single, ‘The Last Man On Earth’. The song makes maximum use of Ellie Rowsell’s vocals, reverberating them to the levels of an angelic choir against a steady beat and transcendental keys. The video shows Rowsell in black-and-white space, singing into the camera, at times her face multiplying to accommodate the mass of voices. More of the scene is revealed as the video reaches its end, revealing the truth of the backdrop through its destruction, which is a pretty apt metaphor for a stellar rock song of lost love.

Slowthai has arguably had the biggest month of his career this February, with the release of his sophomore album TYRON pushing his sound in new directions, whilst growing his already large fanbase. His music videos have always been a whole lot of fun, whether drug-fuelled fever dreams, or on-the-nose pop culture tributes (check out his horror film inspired video for ‘CANCELLED’ earlier last month), but the latest video for ‘adhd’ ironically sees him at his most subdued.

The closing track of the album acts as a look back across the tracklist, and across Slowthai’s own life, as he details the struggles between the image he presents, and the image that has been projected onto him, and the reality of his life. The video for it is appropriately moody, depicting Slowthai as a solitary figure against the backdrop of a night time cityscape. He paces impatiently, looking ready to burst at any given moment, but the suppressed performance keeps you constantly guessing.

Cosmo Pyke – A Piper For Janet

Cosmo Pyke released an EP full of great tracks nearly four years ago, and then dropped off the grid. However, he has recently returned and graced us with another EP of lovelorn tunes: ‘A Piper For Janet’ evolves his sound heavily, adding in an almost orchestral sound to back his intricate but understated guitar playing. The video is nothing crazy in terms of concept, but helps to bring a little summer to the recent winter months, as Cosmo walks around Athens playing to empty stadiums and beaches. There are a few creative transitions from location to location, and even a bit of drone support to help flesh out his performance. A welcome return indeed.

Danish punk rock band Iceage remain as enigmatic as ever with their latest offering, ‘Vendetta’. Echoing the energy of Happy Mondays and The Fall (and, dare I say, even a pinch of Oasis), the band are seen playing a shady-looking club, joined by an equally shady-looking man flitting between yelling into a phone and dancing as if possessed by the devil. There’s plenty of vibrant imagery, with pomegranates gutted by giant daggers, and a snake slithering through a washed out suit. A dramatically moody visual for a band who have never shied away from a bit of the dramatic themselves.

Lord Huron – Not Dead Yet

In the time of Covid, musicians have to find increasingly interesting ways to perform virtually. Lord Huron have embraced this, placing themselves into an old timey TV set, and into the shoes of a faceless fictional rock and roll band Phantom Riders. As they play, the illusion of the band glitches away to reveal the faces of the performers underneath, lost in their act. As if embodying the spirit of Elvis, the band touch upon the charm of the classic TV performance – and, generally, just having a good time.

Kero Kero Bonito – The Princess and The Clock

Kero Kero Bonito love a colourful music video, but this one is perhaps the most colourful of them all. Fully animated in a gorgeous oil pastel style, the images follow along the story told by the lyrics of a fantastical journey made by a young girl in a far away land. Empowered by painting her surroundings, the story of the girl is told in a beautifully meticulous hand drawn style oozing with colour and charm. The video elevates the music to new heights, turning it into a short film in the form of a four-minute song.